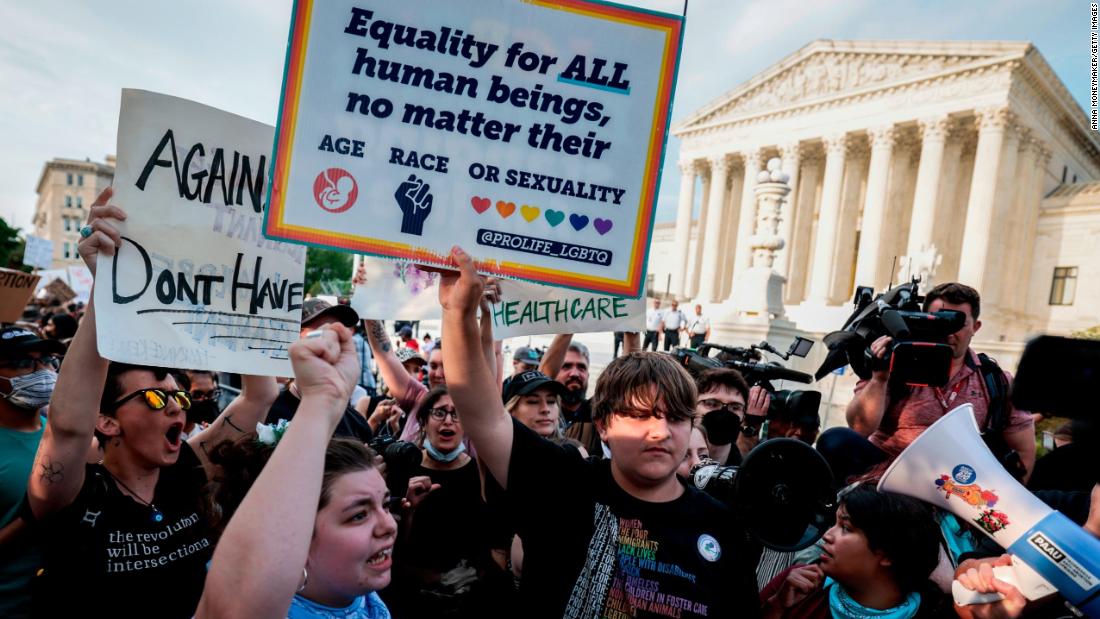 Opinion: I was caught in the middle of the abortion battle

While in Congress, I voted against funding Planned Parenthood and against banning abortion for 20 weeks. This pleased pro-choice advocates. But parts of my voting record also appealed to life advocates.

For example, I voted for the long-standing Hyde Amendment language contained in federal spending bills. This language prohibits federal funding of abortion, except in cases of rape, incest, and the life or health of the mother. And I voted in favor of a bill that would notify parents if their minor child attempts an abortion across state lines, unless a judge steps in to allow the minor to do so. To do.

My election record in many ways reflects the views of most Americans. Many people like me who identify as pro-choice believe that abortion should be legal in most cases, but with responsible restrictions. Conversely, many self-identified pro-life Americans believe that abortion should almost always be illegal, but with a few exceptions, such as rape, incest, and the life or health of the mother.

I vividly remember a House Appropriations Committee meeting where a Republican member intended to add Hyde funding language to the Homeland Security spending bill — but he wanted to omit the exception of rape and revise the exception of incest so that it only applies to minors.

Naturally, the Democrats on the committee exploded in anger, and I agreed with their opposition to the proposed changes. But some Democrats went even further, opposing Hyde’s agreed-upon language for federal spending bills — language that had been law for more than 40 years.

I stood up and lectured members of both parties for trying to sort out what had been a difficult but mutually accepted status quo. I told everyone to stop the madness: Republicans should drop their planned revisions to the Hyde language, while Democrats should refrain from trying to scrap it altogether.

The issue of abortion does not lend itself well to compromise because neither side sees the other as legitimate. But Hyde’s original language, like it or not, was a kind of compromise. It was the price of peace. This allowed Congress to pass necessary federal spending bills, including many important laws completely unrelated to abortion.

The upcoming US Supreme Court decision on abortion could change everything, in law and in politics. A draft opinion leaked last week showed the High Court could be set to overturn Roe v. Wade and overturn five decades of precedent on abortion. Now, state and federal lawmakers who pursue abortion and reproductive health policy know that their actions would have real consequences, rather than just being legislative theater.

According to a Pew poll released before the leaked opinion, while most Americans believe abortion should be legal in all or most circumstances, a significant number support some restrictions or limitations. The poll speaks to the unease felt by many Americans on both sides of the issue.

On the one hand, most Americans want abortion to be, in the words of former President Bill Clinton, “safe, legal, and rare.” On the other hand, many of these same Americans want certain post-viability procedural limitations and prohibitions on public funding consistent with the Hyde Amendment.

If the Supreme Court overturns or significantly restricts Roe v. Wade and Casey v. Planned Parenthood, the GOP will be unprepared to deal with the political fallout. For now, Republicans are focusing their messaging on the leaked opinion rather than the substance of the decision itself, which suggests and reflects an underlying fear of grappling with the many complex and impending policy ramifications and issues. .

The practical effect of Roe’s reversal is that by returning abortion policy to the states, in at least 13 of those states, abortion will be illegal in most cases. It will remain legal in many other states, while in still others the legal status of abortion may be considerably less clear.

Expect chaos and an avalanche of restrictive and permissive abortion laws at the state and federal levels by Republicans and Democrats, respectively.

Less than a year after the premium payment law was enacted in Texas, the Republican-controlled legislature in Louisiana is already proposing a draconian bill criminalizing women who have abortions as well as the doctors who perform them and Opponents argue it goes further than that, also criminalizing in vitro fertilization and possibly some forms of contraception.
Meanwhile, Democrats in Congress are currently trying to enact a measure enshrining some form of Roe v. Wade into federal law. Some would say that the Democratic proposal before Congress goes beyond the current law. Democratically controlled states will likely pass laws that go even further.

A host of questions and policy prescriptions will be raised. How will lawmakers deal with emergency contraception – the morning after pill – and medical abortion, such as mifepristone, also known as RU-486? Will these drugs be allowed to be mailed from foreign states or countries to women who choose to prevent or terminate a pregnancy in states where abortion is illegal?

In Roe’s absence, a Democratic Congress will attempt to establish legal abortion in federal law over objections from states that ban abortion in most or all cases. Conversely, it is possible that a Republican-controlled Congress will attempt to ban and criminalize abortion over the objections of states that allow it in most or all cases.

And then there are the states, which will be empowered to write 50 separate laws controlling reproductive health and abortion issues. There is no doubt that states will address the same issues as Congress on abortion and the opportunities for legislative mischief are too numerous to mention.

Perhaps the biggest change will be the underlying dynamics that drive abortion politics. As long as Roe remains the law of the land, pro-choice supporters will push back against what has been a forceful, motivated and angry pro-life movement for 50 years. Rights, once secured but abruptly removed, will anger, energize and motivate pro-choice supporters. If Roe is knocked down, the pro-life victory will be the equivalent of the proverbial dog grabbing the car.

In Congress, the spotlight will be on the two self-identified pro-choice Republican members of the Senate, Susan Collins of Maine and Lisa Murkowski of Alaska, as well as the only self-identified pro-life Democratic members of the chamber, Bob Casey of Pennsylvania and the West. Virginia’s Joe Manchin. The hope will be that they are able to move forward a bipartisan conversation on the issue – however difficult that dialogue may be.

The four senators delicately navigated this issue while being out of step with their respective party platforms – a sentiment I know all too well. But while these four may be outliers within their own parties on the issue, they’re not alone: ​​38% of Republicans believe abortion should be legal in most or all circumstances and 20% of Democrats think it should be illegal in most or all circumstances. according to the Pew poll.

In the courts, in Congress, and in state capitols across the country, abortion politics and politics promise to be exponentially more contentious, convoluted, and consequential than ever. With Roe’s backstop removed – or the goalie removed – there will be no more free political votes by lawmakers on abortion.

Consensus will be difficult, if not impossible, to find. But we have to try. The alternative would be endless partisan warfare over what is arguably the most deeply emotional and contentious issue of our time.